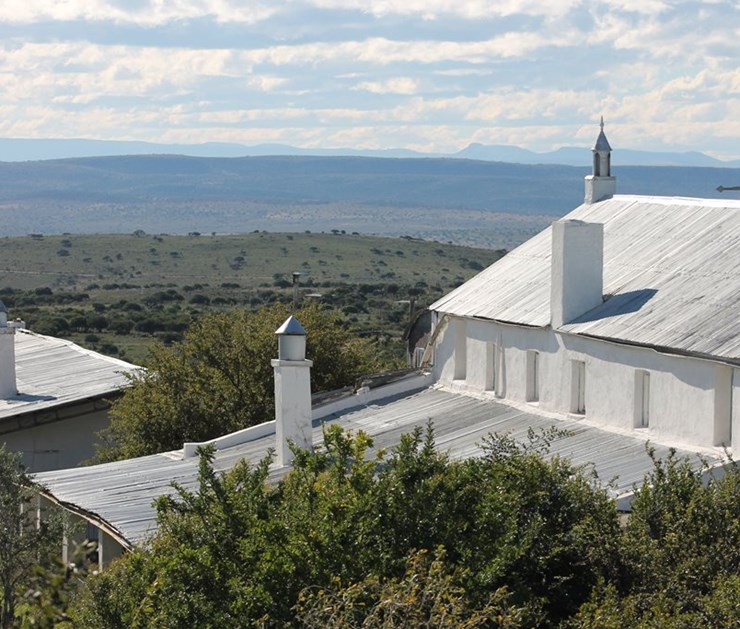 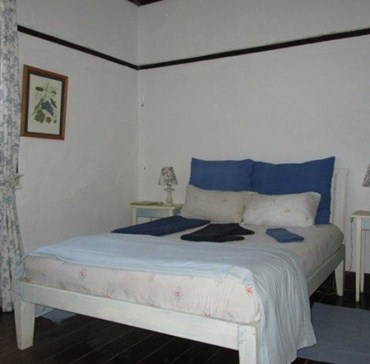 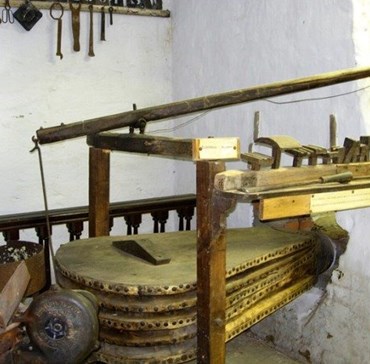 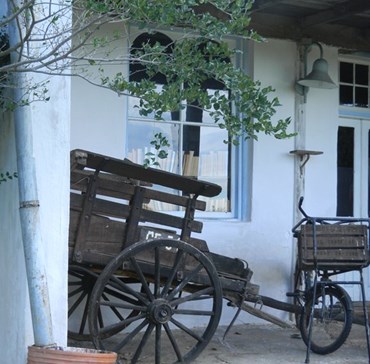 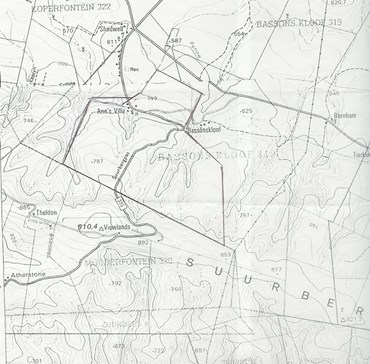 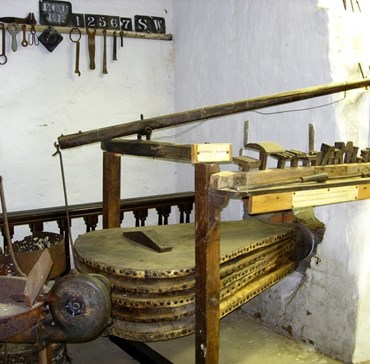 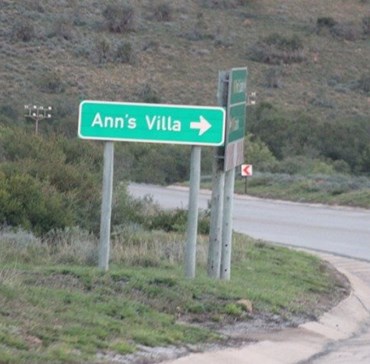 A Jewel in the Eastern Cape!  Time travel to a piece of history in an autentic and undemanding atmosphere.
Going on auction soon - date to be confirmed

Summary of the property:

About 450 hectares in extent, the farm is on the landward side of the Zuurberg Mountains at an altitude of about 700m above sea level.

Rainfall averages 1000 mm to700mm annually, and the soil is largely decomposed sandstone with a layer of clay underneath.

The property is fenced and is divided into camps.

Earth dams and a windmill supply water for grazing animals. Until recently it has been used to graze about 30 cattle and about 30 lawnmower sheep.

ESCOM power throughout, and borehole supplies water to a concrete dam from which water is drawn.

Location of the property:

Details of the property:

The oldest is the original cottage built by the “trekboer” Grobbelaar in about 1780.

Integrated into the cottage is a large (art) studio (the old wagon repair shop), shed and the registered 1855 blacksmith museum, (open to the public with regular visitors, cost R20p/p for a personalized tour)

A car port for 3 cars with an inspection pit.

It was built in 1864 and was restored respecting its authenticity.

There is space for a further 2 bathrooms.

Six bathrooms (Toilet, basin & shower), with space & nearby connections for another 2

Outbuildings include an original 1880’s corrugated iron shed with sprung floor which can be used as a wedding venue (currently a workshop).

A two room workers cottage, no facilities and unoccupied.

A fully researched history is available

Water is from an automated borehole and rain water tanks.

The area around the buildings (+- 2 hectares) has a 1.8 m electric fence to keep the wild life (monkeys, baboon, kudu etc) out.

In its 151-year history Ann's Villa has witnessed many exciting moments. The completion of the hand built Zuurberg pass which opened the transport route from the coast to the interior in 1855 was the reason for the Villa’s construction. The mountain pass took its toll on wagons and the blacksmith prospered. With the increasing traffic the Webster's built Ann's Villa in 1864 which included a general goods store where it was possible to buy anything from a coffin to a cricket set. Initially it was known as Webster’s Hotel. This changed in the 1890s when it became known as Ann’s Villa.

The oldest shooting range in the Eastern Cape was also established at the Villa along with a pair of tennis courts. It was also the home of the earliest cycling club in the province. Shooting on a Saturday morning was a ritual in the valley followed by an afternoon of tennis no matter what the temperature. As business expanded a shearing shed which was bought as a kit from England was added and in 1885 a school was built.

Diamonds were discovered in the interior in 1867 and there was a huge increase in travellers passing the Villa. In 1898 the Anglo Boer war broke out and the Villa became home to members of the Colonial Defence Force who had a station in the mountain behind the Villa as well as a number of redoubts.  The Zuurberg is the farthest south that the war was fought and a raid on the Villa itself had the Hall family praying under the dining room table whilst the Boers politely took fresh horses from the blacksmith and provisions from the shop.

After all that excitement the Villa settled back into being a central point for Kommadagga Valley. The post office at the villa continued to receive and distribute everything bought by the weekly mail bus and the main road from PE still required travellers to traverse the Zuurberg Pass. Quicker and easier routes overtook and the Villa became quieter and quieter. The Hall family were the last permanent inhabitants directly descended from the Webster’s to live at the Villa. It was sold to a distant cousin and became a grazing post in the 1980s. In the 1990s when the Villa was settling on the cusp of becoming a ruin it was bought by the present owners. In 2000 extensive renovations were begun. The emphasis was on retaining the authenticity of the building and its materials to allow the quiet and gracious old lady known as Ann’s Villa to tell her story in her own way to anyone who wants to hear it. 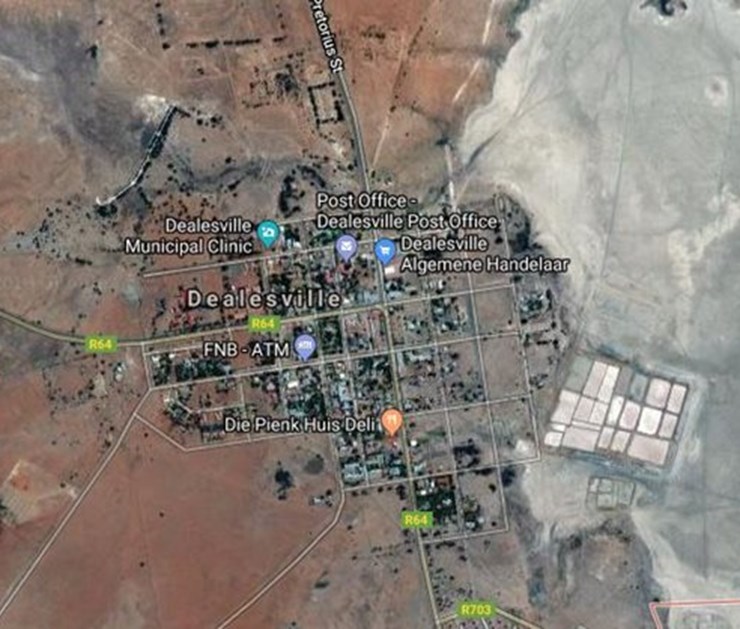 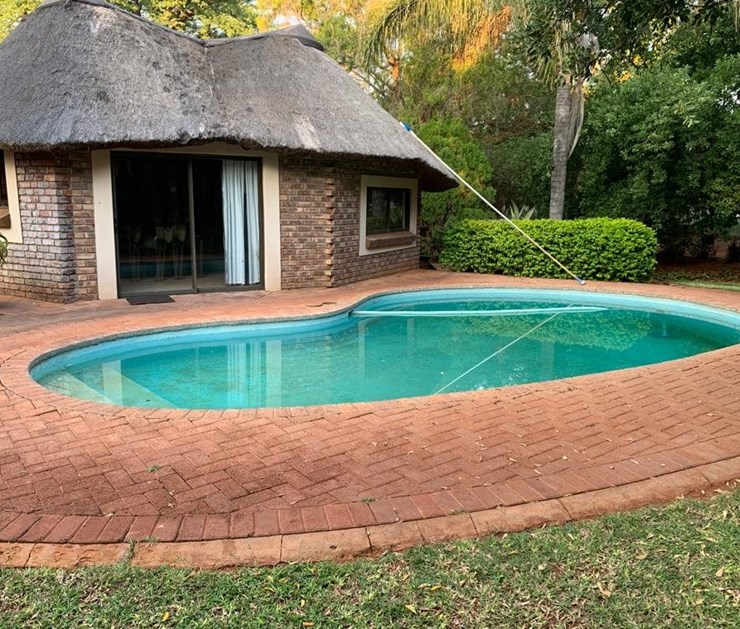 13 HA PLOT FOR SALE IN THABAZIMBI 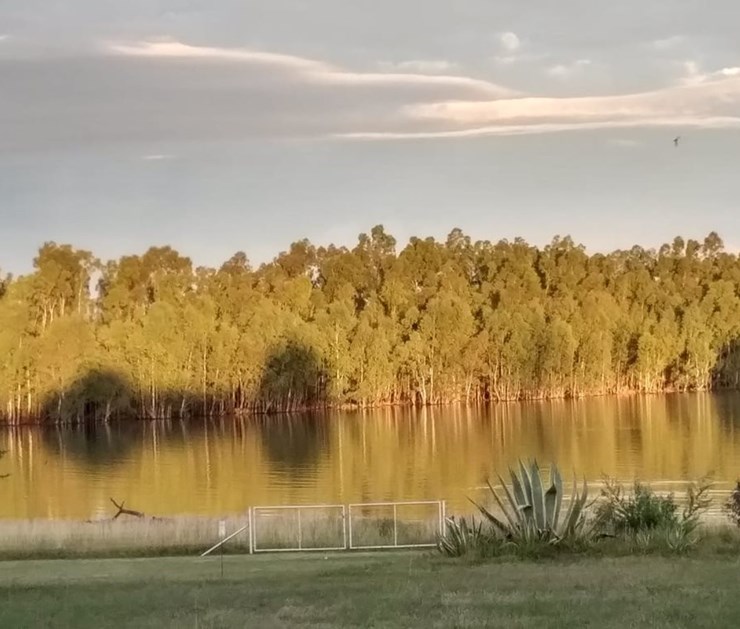 A Jewel in the Eastern Cape! Time travel to a piece of history in an autentic and undemanding atmosphere. Going on auction soon - date to be confirmed 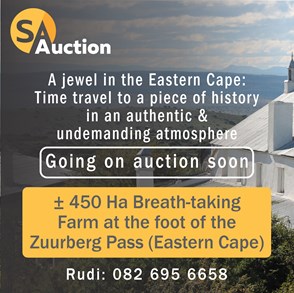 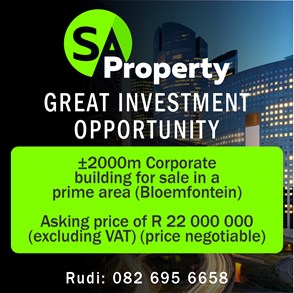 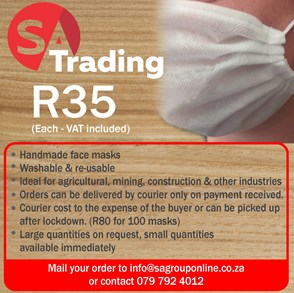 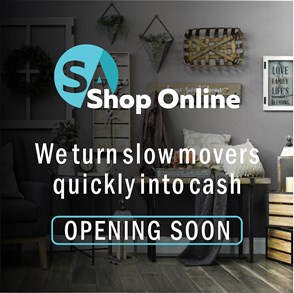 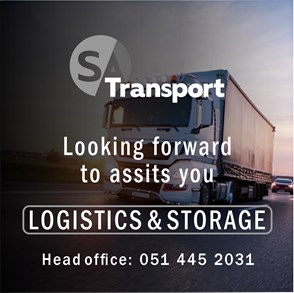